Rosacea is a long-term skin condition that typically affects the face. It mainly presents in females aged 30-50 years, but the symptoms can be more severe in males

Rosacea is the most common skin condition in Ireland, with a higher incidence than other European countries, affecting 3% of the population and is often known as the “curse of the Celts”.

It results in redness, pimples, swelling, and small and superficial dilated blood vessels. Often, the nose, cheeks, forehead, and chin are most involved. A red, enlarged nose may occur in severe disease, a condition known as rhinophyma. 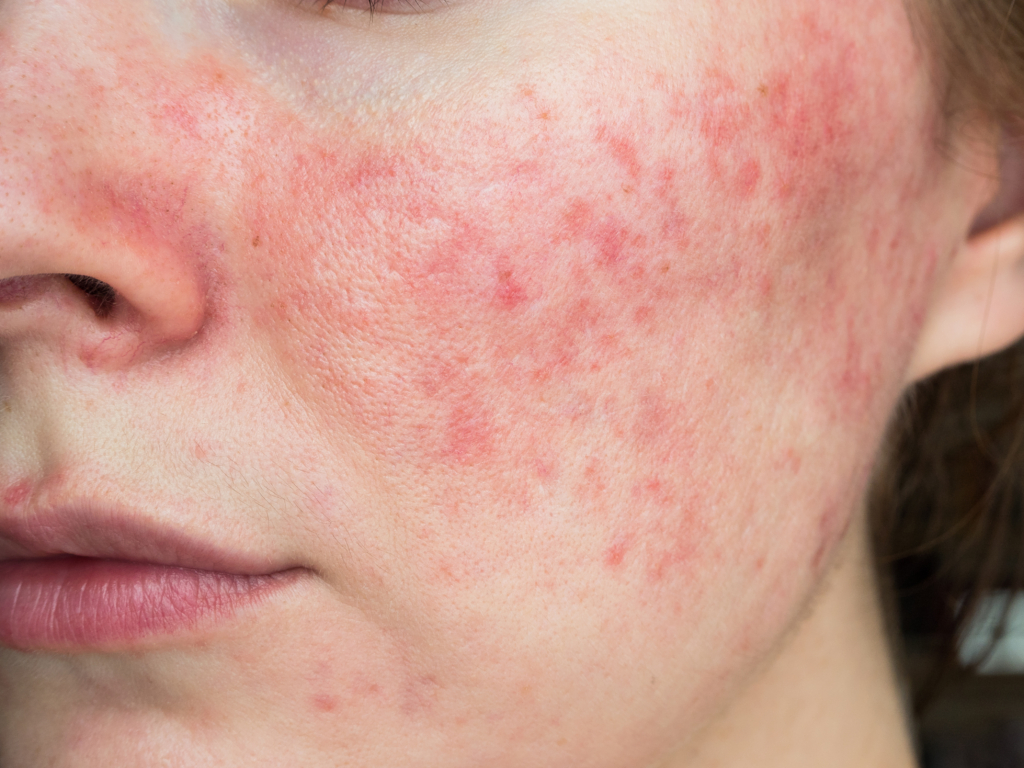 The exact cause is unknown, but a combination of hereditary and environmental factors is responsible. Some of the factors include:

Symptoms may flare up and then subside for a few weeks depending on the individual.  Symptoms often begin with episodes of flushing, where the skin turns red for a short period, but other symptoms can develop as the condition progresses such as:

If you have rosacea, your healthcare professional can advise you on treatment options. While treatment cannot cure rosacea, it can help.